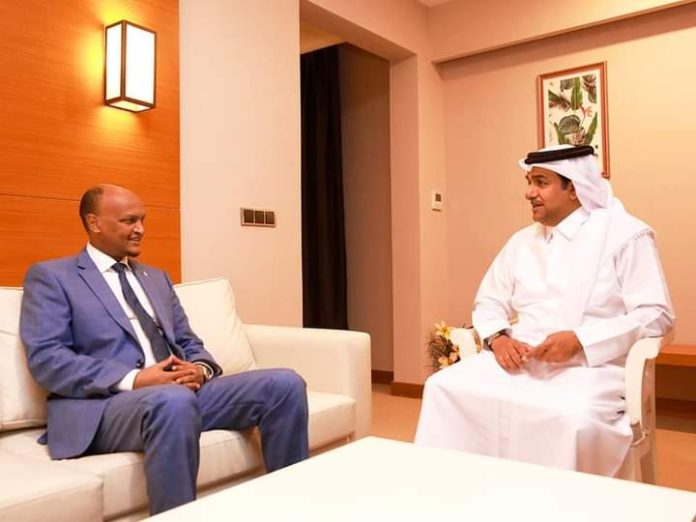 They both discussed on the strengthening of the billateral relations between the two Countries and the current political situation in the Country.

“I met with Qatar’s Special Envoy Dr. Mutlaq alQahtani and we discussed the progress of the ongoing electoral process and how to further enhance our two sides relations. Qatar is a valuable friend, ally and supporter of Somalia’s development”, said Mr. Guled in twitter post.

The delegation is expected to have meeting to the President of Soamlia, H.E. Mohamed Abdullahi Faramajo as Qatari Amir sent a written message to President of the Federal Republic of Somalia, pertaining to the bilateral relations and ways of enhancing and promoting them, in addition to the recent political developments in Somalia

Share
Previous articleBiden to allow up to 62,500 refugees into US after criticism
Next articleSomalia, partners vow to expand vaccination coverage

10 killed, 20 others injured in a suicide bomb attack in Mogadishu

Residents of Mogadishu and surrounding areas meet for peacebuilding dialogu...