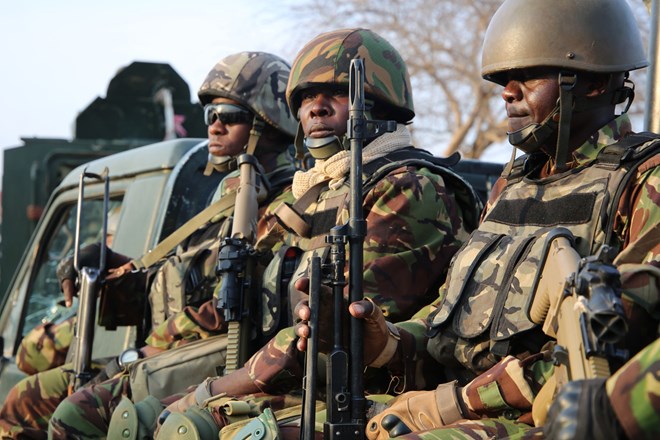 Confirming the mid-morning incident, David Goldman, the Director of Counter-Terrorism, National Security, and Intelligence Analysis at Strategic Intelligence, said two-vehicles belonging to the al-Qaeda branch in Somalia, Al-Shabaab was destroyed during the aerial and ground operation.

The militants had staged an ambush targeting Jubaland Security Forces (JSF), returning to base after a clearance patrol.

“Kenya Defense Forces (KDF) at Kuday FOB reinforced the JSF by deploying a gunship helicopter and a ground fighting patrol unit. The army intercepted the militants and their vehicles along the Kuday-Tosha Road and destroyed the vehicles and their occupants.

At the same time, Special Operators took out nine militants who had disengaged from the vehicles,” Mr Goldman said.

According to the weekly Counter-Terrorism Intelligence Brief for East Africa, the first ten days of July witnessed a surge in militants’ attacks directed on hard targets. They attempted assassinations and ambush raids on government officials.

In the same period under review, al-Shabaab notably carried out a suicide mission and IED raids both on security forces and on civilian targets.

In the period under review, at least 17 attacks were recorded, all from across the regions of Somalia. al-Shabaab has notably targeted AMISOM troops in Gedo, Lower Shabelle, Lower Juba, and Bay and Bakool regions in a number of these attacks. Most of the raids against the targets are notably ambushes and setting up of roadside IEDs.