ANKARA (SONNA) — It is dismaying that Turkey’s military operation in northeastern Syria is being spun in the American news media as an attack on Kurds, as weakening the fight against the remnants of Daesh (or the so-called Islamic State) and hurting America’s credibility with its allies. I am compelled to set the record straight because the 67-year-old NATO alliance that Turkey has with the United States is not temporary, tactical nor transactional.

Turkey started the operation to ensure its national security by removing the danger posed by terrorists along its border regions. This operation will liberate Syrians living there from the tyranny of terrorist organizations and eliminate the threat to Syria’s territorial integrity and political unity. These two developments would facilitate the safe and voluntary return of displaced Syrians.

Turkey has never accepted a corridor run by a terrorist group on its border. We have repeatedly proposed establishing a safe zone, including at the United Nations General Assembly. We have called on the United States to stop providing material support to terrorists.

But the American security bureaucracy couldn’t bring itself to disengage from the group, known for short as the P.Y.D./Y.P.G. This is even though American officials, including a secretary of defense, have admitted that the P.Y.D./Y.P.G., which forms the core of Syrian Democratic Forces, is inseparable from the Kurdistan Workers' Party, or the P.K.K., in Turkey, which is recognized as a terrorist organization by the United States, the European Union and NATO. 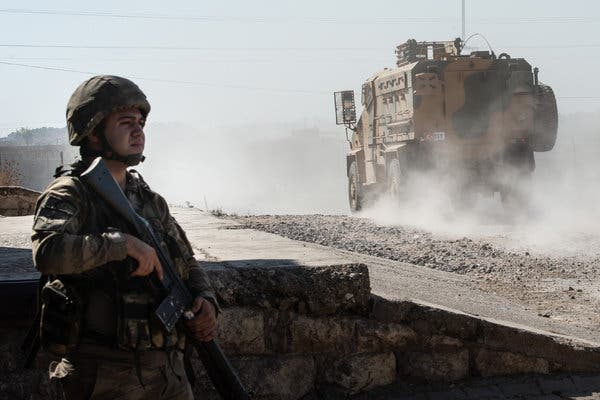