New Delhi (SONNA)-Islamabad has been a strong supporter of Ankara’s military actions and has “appreciated Turkey’s positive role in finding a viable political solution to the conflict in Syria.”

Turkish President Recep Tayyip Erdogan has postponed his visit to Pakistan scheduled for later this month amid the ongoing military conflict in northern Syria. The visit was scheduled to be held on 23 and 24 October.

The high-level dialogue will now be held at a later date, according to sources. The postponement happened after a phone call between Pakistan Prime Minister Imran Khan and Erdogan.

On 11 October, Khan said Erdogan would visit Pakistan and Islamabad and was “looking forward to giving a warm welcome to President Erdogan.”

But Qureshi also emphasized that Islamabad supports the territorial integrity of Syria and expressed the hope that a political solution to the Syrian conflict would be reached that “takes into account concerns of all regional stakeholders and parties to the conflict.”

Turkey launched a cross-border offensive into Syria to clear the area of Kurdish fighters and establish a safe zone for refugees.

The Turkish offensive started almost immediately after US President Donald Trump’s 9 October decision to withdraw US forces from northern Syria.

Syria said that Turkey’s operation amounts to aggression and constitutes a violation of Syria’s sovereignty and territorial integrity. The Syrian government has also deployed troops to northern Syria, with the army taking full control of the town of Manbij on 15 October. 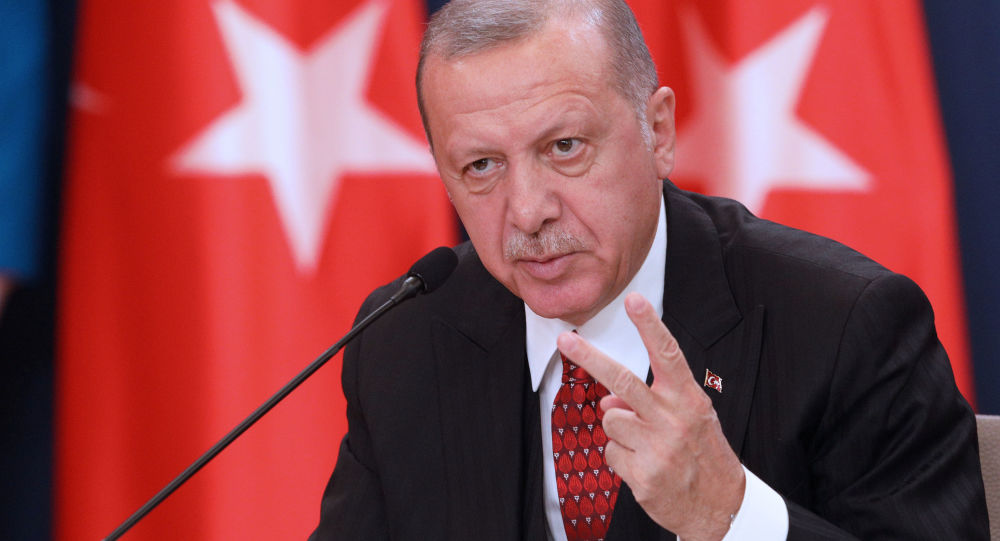